Macro trends are pushing some supply chains out of China

Macro trends including increasing labor costs and trade wars have been pushing production outside of China. This transition has been further accelerated by the COVID-19 epidemic that recently halted manufacturing in China, hurrying businesses to seek lower cost, yet potentially less efficient suppliers in India, Cambodia and Vietnam. While it is still too soon to estimate the real impact of trade wars and COVID-19 on the whole supply chain, recent evidence suggests that Southeast Asian and South Asian markets might have experienced up to a double-digit growth in demand for manufacturing export as production diversifies from China.[1]

To meet this unanticipated demand and to establish or strengthen their relationship with the buyers, Tier 1 (T1) or direct suppliers, especially in the apparel industry, are likely to sub-contract to “sub tier” factories or home-based workshops – many of them unregistered. By doing so, T1 suppliers are able to access a flexible, cheaper labor supply and to meet clients’ demands at significantly lower costs.

While this type of unauthorized subcontracting is prohibited by most brands, buyers in the ready-made garment (RMG) sector have little or no visibility over their full supply chain. For many companies, their compliance monitoring scope is limited to T1 suppliers and to labor or environmental issues, with little or no investigation on product origin. Even when social audits include checks on subcontracting violations, they often fail to find evidence of such practices as only thorough investigations of production levels can help uncover breaches in subcontracting policies.

The hidden risks due to subcontracting

The lack of transparency and visibility over subcontracting practices hides significant risks in the supply chain. Forced and bonded labor thrives in the informal supply chain and the prevalence of modern slavery and other labor abuses has been well documented.[2] This is especially true in India where the number of people living in modern slavery on any given day totals 8 million.[3]

In 2019, Siddharth Kara released the report, Tainted Garments, through the Blum Center for Developing Economies at UC Berkeley. A leading expert on modern slavery and child labor, Kara chronicles 1,452 cases of home-based garment workers in and around 9 cities across India. His team found that more than 99% of workers did not receive state-stipulated minimum wages and typically earned between 50% and 90% less than the minimum wage. More than 42% began working as children and two-thirds began work under some form of duress. More than a third of cases experienced severe delays in their wage payments, sometimes up to several months.[4]

In addition to various forms of modern slavery, workers in informal suppliers in India tolerate abysmal health and safety conditions. In December 2019, a fire in a building in Delhi that housed numerous illegal factories producing different products, including garments, killed 43 workers.[5]

A partnership to detect unauthorized subcontracting

ELEVATE is partnering with the Global Fund to End Modern Slavery (GFEMS) with funding from the UK government to reduce the prevalence of forced labor via subcontracting, using predictive modelling. We are developing a predictive model to identify T1 suppliers in the apparel sector in India that subcontract to informal-sector manufacturers. Once risky suppliers are identified, ELEVATE will offer its support in the remediation process, from carrying out root cause analysis, building supplier capacity, and providing a monitoring tool and strategy.

An important step toward building the predictive model is to conduct production capacity assessments at facilities in India in 2020. Leveraging on ELEVATE’s unique supply chain data, we aim to identify the key correlations between factory demographics and compliance profile, and the evidence of subcontracting to build a predictive algorithm that can effectively identify non-compliant suppliers with the greatest risk of forced labor among their subcontractors.

We are inviting companies that are sourcing in India’s apparel sector to join ELEVATE’s GFEMS-supported project to participate and benefit in the following ways:

Find out how you can partner with ELEVATE and GFEMS on this project and gain access to the predictive model for detecting unauthorized subcontracting. 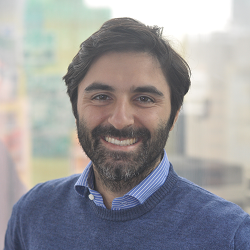 Shareholders take over to drive board activity on human rights.

The emerging German supply chain law: what we know so far and how to prepare.