Travel and tourism are synonymous with Asia. Popularity for South Asia and Southeast Asia in particular have given these destinations the accolade of world’s fastest growing sub-regions, in terms of visitor arrivals, for the past 12 years. In 2016, tourism contributed an average of 11.8% of Southeast Asia’s GDP with top earners like Thailand reaching 22%. Local populations are consequently increasingly dependent on the tourism industry as 9.7% of total employment opportunities are linked to the sector. Driving these underlying trends are an increasing disposable income in Asia (especially among China and India’s growing middle class), the expansion of budget airlines, and the growing inter-regional liberalization and integration resulting from ASEAN’s Tourism Strategic Plan. Asia’s cultural heritage, hospitable locals, and diverse natural beauty have, however, also unfortunately transformed into a resource curse by spreading a virus known as overtourism.

Overtourism, also known as mass tourism, is defined as the point at which locals or visitors feel that the quantity of visitors negatively impacts the quality of life in the area or the quality of the experience has deteriorated. Several consequences of overtourism include:

Governments are increasingly turning to sustainable tourism policies to combat overtourism. Such sustainable tourism policies seek to “…take full account of  current and future economic, social and environmental impacts, addressing the needs of visitors, the industry, the environment and host communities.” These policies directly influence the private sector’s ease of doing business.

The tourism and hospitality sectors in Thailand and the Philippines are experiencing some of the strictest regulation as these governments attempt to mitigate overtourism. Thailand, famous for its island getaways, banned public access to three popular islands over the past two years.

The island of Koh Phi Phi Lei, for example, had welcomed up to  5,000 tourists per day since Leonardo DiCaprio’s film The Beach placed Maya Bay on the map in 2000. The island, which generates £9.5 million per year, is indefinitely closed for full rehabilitation and has left an estimated 36,000 locals unemployed. Once reopened, visitor limits will be imposed to 2,000 a day and boats will no longer be permitted in shallow reef areas.

The Philippines quickly followed Thailand’s lead by closing Boracay island this year for a six-month period. In addition to new daily visitor limitations, the Philippine government is: 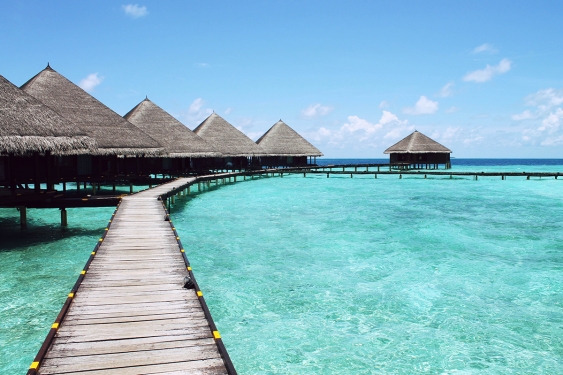 It is likely that such policies will gain popularity and spread across Asia. This is particularly possible when it comes to water demand management policies. Bali, Indonesia is one example where the hotel industry consumes 65% of local freshwater, which creates conflict between the hotel industry and locals. Private sector tourism investments in Asia may face increasing unpredictability.

CSR Asia is hosting Sustainable Tourism Asia on 29th November at Marina Bay Sands Singapore. The forum will serve as the platform for leading companies in the hospitality and tourism sectors, as well as government officials and non-profits, to catalyze action-oriented opportunities in the areas of: plastics, food waste, multi-stakeholder partnerships for sustainable tourism in Asia and much more. Sessions and workshops will be run by experts across industries and sectors including Global Sustainable Tourism Council (GSTC), Expedia Group, Intercontinental Hotels Group and Pacific Asia Travel Association (PATA).

We look forward to having you participate in these important dialogues and welcoming you at Sustainable Tourism Asia.

This article is part of a series of CSR Asia articles titled, “Sustainable Tourism Asia: Solutions for Tourism and Hospitality”. Other articles from this series include: