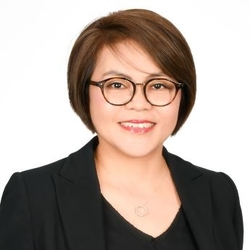 Akkaphan Rammanee holds MBA from Australia as well as bachelor’s degree in international business and Finance from Auckland, New Zealand as her family migrated to New Zealand. She found her passion on Social Compliance and Sustainability from working at a small garment factory near her hometown in the outskirt of Bangkok when she moved back to Thailand in 2000.

She joined adidas Social and Environmental Affairs team in 2003 until now. Her focus has been on Social Compliance monitoring for suppliers in South East Asian Countries. She contributed in the key projects for workers’ transportation safety in Cambodia supply chain and supported the Due Diligence process for business partners in Myanmar.

In 2016, she relocated to Guangzhou, China and expanded her roles to drive adidas’s sustainability roadmap in China across 3 divisions, Footwear, Accessories and Gears, Apparel in North Asian countries including Japan, South Korea as well as leading Responsible Recruitment Program for migrant labors in Taiwan which is part of adidas Modern Slavery initiative in material suppliers for adidas products.