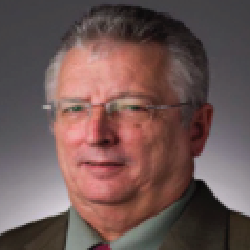 Alex Mavro is a founding member of the Sasin Sustainability & Entrepreneurship Center (SEC) of Chulalongkorn University, the first such university adjunct in Thailand. He is recognized as one of the early champions of the corporate social responsibility movement in Thailand, where he has lived and worked all his life.

Alex is a graduate of the University of Florida and the Air Command and Staff College. He was a member of the 1972 team that established DHL in Thailand, and remained in the courier industry until his epiphany and eventual re-birth as a “recovering plunderer” in 2002.

In addition to his charter membership of Thailand chapter of the Caux Round Table, Alex established Thailand’s first Net Impact Professional Chapter as well as the Corporate Social Responsibility Committee of the American Chamber. Today, he offers curriculum development support at the Sasin School of Management, where he has a leading role in bespoke training and outside consulting.

Alex writes extensively and is in demand as a guest lecturer and facilitator. He is known for promoting business as the one agent of positive change that has the reach, the energy, and the creativity – but perhaps not yet the perspective – to mediate the use of earth’s limited resources.