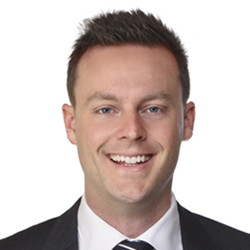 Chair, Committee of Inquiry into Establishing a Modern Slavery Act in Australia

Chris Crewther, Chair of the Foreign Affairs and Aid Sub-committee of the Joint Standing Committee on Foreign Affairs, Defence and Trade, was responsible for undertaking the Parliamentary Inquiry to make a significant difference to Australia’s ongoing international efforts to combat modern slavery, both in Australia and globally.

He led the Inquiry examining Australia’s efforts in combatting modern slavery, which received over 220 submissions and held ten public hearings around the country.

He tabled the Committee’s final report, Hidden in Plain Sight: Inquiry into establishing a Modern Slavery Act in Australia, to Parliament in December 2017.

Chris’ broad experience includes being an International Lawyer through the United Nations at the Kosovo Property Agency in Pristina, Kosovo (resolving property claims for people who lost possession of their property due to conflict), an Advisor to Liberal Senator the Hon. Michael Ronaldson, a lawyer in private practice, legislative/legal and policy roles at the Department of Agriculture, a Project Manager at AIATSIS, a Magistrates’ Associate and a Liberal candidate at the 2013 Federal Election.

Chris has completed a Bachelor of Laws (Hons), a Graduate Diploma of Legal Practice, a Master of Laws specialising in International Law (ANU) and a Master of Diplomacy with Distinction (ANU), in which he was awarded the James Ingram AO Prize for top academic excellence (dux). Chris was admitted as a legal practitioner in 2006 and also qualified as a real estate agent in 2010.

Chris is the Federal Member for Dunkley.