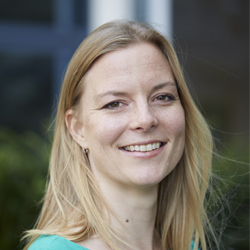 Fleur has worked in the field of supply chain management/social compliance/due diligence for almost 10 years. She audited factories, developed standards/auditing tools/policies and trained audit teams in both factories and retailers in different countries.

From 2008 to 2014 she worked for a large European retailer, where she performed audits in over 15 European and Asian countries. She also helped reshape their CSR policy at board level. After that she worked in China for a European outerwear producer and trader. She was responsible for social and environmental improvements in their factories in China, Vietnam and Myanmar.

She realized that many paper realities existed and a lot of time and money was not spent effectively. European companies often focus on receiving a ‘good audit report’ from their factories, rather than actually knowing and dealing with the reality. That’s why she decided to start her own CSR consultancy which focused on embedding social and environmental requirements in the core of operations and in the culture of different supply chain partners by applying a step-by step improvement approach.

Since 2016, she has  been working with the Secretariat of the Dutch Agreement on Sustainable Garment and Textile. Her main responsibility there is to support the implementation and evaluation of companies’ due diligence system.