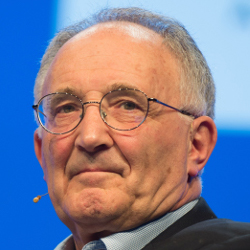 Geoffrey Lipman has played a key role in the development of tourism as a significant socio-economic sector.

Geoffrey has served on public / private sector boards in Africa, Europe, Middle East and Canada including serving as the Tourism Envoy to the UNDP Administrator; Member of EU Commissions on Airline Liberalization and on Tourism Employment; Environment Advisor to the Governor of Jeju Island, Korea; President of ICTP (International Coalition of Tourism Partners). Geoffrey has worked closely with the World Economic Forum since the early 1990s on its competitiveness and smart travel initiatives.

Geoffrey has written about and lectured widely on tourism strategy, sustainability and liberalization. He has been co-author or editor of two books and numerous journal articles on Green Growth & Travelism as a visiting Professor, Victoria U. Australia and Hasselt U. Belgium. He co-authored two major EIU studies on airline liberalization.