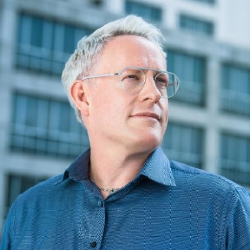 Glenn is the Principal Asia-Pacific Economist for Visa. In this role he provides economic analysis, insights and forecasts of the region’s economies for Visa executives, country managers and clients. Based in Singapore, Glenn heads the Asia Pacific Business and Economic Insights team with the key goal of deepening client engagement and thought leadership in payments and the consumer economy.

Glenn keeps close watch on emerging opportunities in the trillion-dollar payments industry, layering this with economic analysis of the dynamic Asia region. An active participant in the World Economic Forum’s Future of Consumption (Fast Growth Markets) System Initiative, Glenn helps to identify the economic and behavioral trends shaping the future of commerce in Asia.

He has over 30 years of experience in demanding academic and senior public and private sector economist roles.

Prior to joining Visa, he spent nearly 20 years in the banking sector holding Asia Chief Economist roles at ANZ Bank and Societe Generale based in Singapore and Hong Kong, respectively. Glenn was also Societe Generale’s Japan Chief Economist based in Tokyo and Australia Chief Economist based in Sydney. He began his economics career as a Fiscal Policy Advisory in the Department of Prime Minister and Cabinet in Canberra, Australia and was an economic advisor to the 24th Prime Minister of Australia, the Honorable Paul Keating.

Glenn has a Master of Economics from the University of Newcastle, Australia where he completed a double major in Econometrics and Labor Market Economics.