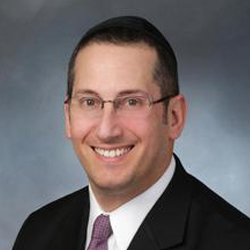 Jay Eizenstat is Director for Investment Funding and Global Programs at Mars, Incorporated.  Jay is responsible for securing incentives tied to Mars’ global capital investment expenditures, and serves as Mars’ liaison to the international finance and development community.  In the latter capacity, Jay leads Mars’ Global Programs initiative which delivers external funding from UN and international financial and development institutions, regional development banks and foundations in support of Mars’ Sustainable in a Generation (SiG) plan to improve the livelihoods and provide greater economic opportunities for smallholders in Mars’ supply chain.

Prior to joining Mars, Jay was a partner at McDermott, Will & Emery LLP in Washington, DC, where he specialized in international trade and investment.  He represented multinational corporations and trade associations in global market access initiatives, trade negotiations, trade disputes, investment negotiations, and advocacy before the U.S. government, the World Trade Organization, and foreign governments in Europe and Asia.  Earlier in his career, Jay was a trade negotiator in the Office of the United States Trade Representative (2003-2008), and he began his career as an associate at Patton Boggs LLP (now Squire Patton Boggs).

Jay received his J.D. from Emory University School of Law (1997), and his B.A. in International Relations from Syracuse University (1993).