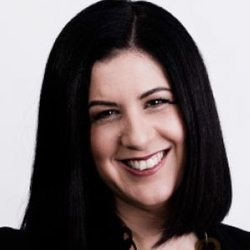 Jo Pride is the CEO of Hagar Australia, which works as part of the global Hagar network to transform the lives of women and children who have been trafficked, enslaved or abused.

Jo represents Hagar Australia on the Australian Government’s Roundtable on Human Trafficking and Slavery and is also on the Board of AMES Australia, an organisation which helps newly arrived migrants and refugees settle in Australia, learn English and secure jobs.

These leadership roles build on more than a decade working in international development and human rights, including as Head of Policy and Advocacy at Oxfam Australia.

A former lawyer, Jo has also worked as an adviser to former Senator Natasha Stott Despoja in the Australian Parliament, and as an Associate to the Honourable Justice Margaret Nyland in the Supreme Court of South Australia.