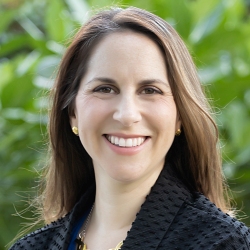 Maryanna Abdo is the Managing Director of CEI. Mary has lived in Asia since 2012, supporting organisations to develop strategies and capture innovations that maximise impact across more than 25 countries. Her clients have included governments, foundations, impact investors, non-profits, multilateral donors, and educational institutions.

Previously, Mary was with global strategy house L.E.K. Consulting, where she was a Senior Manager and founding member of the firm’s global education practice. She was previously Vice President at EY-Parthenon. In both institutions she led the education team’s work with public and social impact clients, while also developing thought leadership initiatives, authoring major reports for USAID, DFID, World Bank Group, Qatar Foundation, and Jacobs Foundation, among others.

In her role with CEI, Mary supports clients to maximise the impact of the programs they fund. She leads strategic projects within CEI that enable the organisation’s growth and impact.