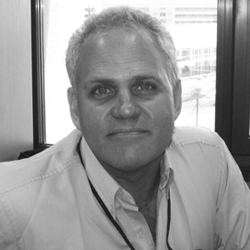 From 2006 to 2012, Friedman was the Regional Project Manager of the United Nations Inter-Agency Project on Human Trafficking (UNIAP) in Thailand, an inter-agency coordinating body that links the United Nations system with governments and civil society groups in China, Cambodia, Lao PDR, Myanmar, Thailand, and Vietnam. Prior to this (1991-2006), Friedman worked for the United States Agency for International Development (USAID) in Thailand, Bangladesh and Nepal. During this period, he designed and managed both country and regional human trafficking programs, helped to establish a counter- trafficking regional training center, and participated in resource mobilization and production of two award-winning international films about sex trafficking in Nepal and India.

Friedman is also a technical advisor to numerous governments working to stop slavery. He is frequently cited in the news media on issues related to human trafficking and slavery in Southeast Asia and invited to speak at major conferences around the world. He is the author of nine books, on subjects ranging from human trafficking to the ancient art of Bangladesh metal casting.