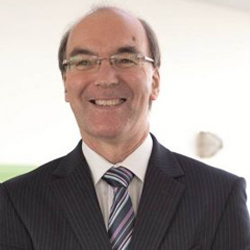 Philip has been a member of ETI’s Board since 2013 and its Chair since 2014. He was formerly Head of Sustainable Business Development for C&A, reporting directly to the CEO of C&A Europe, having also been its Head of global sourcing. During his time at C&A he established the Mondial Institute for Social Development, which financed a significant number of social projects, and was a precursor to the current C&A Foundation.