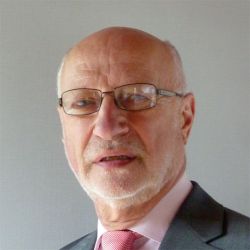 Colin Garner is both a university academic scientist and scientific entrepreneur. He graduated from Chelsea College, University of London (now Kings College) and did his PhD in biochemical toxicology at University College Hospital Medical School. After a two year postdoctoral fellowship at the University of Wisconsin, USA he returned to the UK to carry out cancer research at the University of Leeds and then for the majority of his career at the University of York. He headed up a cancer research laboratory in the Department of Biology for almost 20 years in which time he published over 200 scientific papers and 30 book chapters on the role of gene-environment interactions in cancer causation. Along with two surgeon colleagues, he created the York cancer charity York Against Cancer which provides funds for education, research and patient support.

Colin founded three University of York spinout companies and is the founder of Antibiotic Research UK. He believe passionately in the new charity and says ‘there is an urgent need to develop new drugs to tackle antibiotic resistant infections as well as educating the public and professionals about antibiotic resistance. Antibiotic Research UK as a charity can make a substantial impact as it is a non-profit organisation. The Charity is working with some of the world’s experts in antibiotic resistance to reach its goal’. Colin was the founder and Director of the Jack Birch Unit for Environmental Carcinogenesis and was an Honorary Professor of Pharmacology at the Hull York Medical School, University of York.