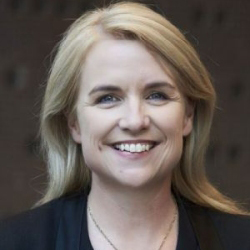 Over her career, Robyn has led a number of projects focused on the generation of evidence through systematic review methods and the better use of evidence in policy and practice through the study and application of implementation science. She has a substantial track record working with multiple stakeholders to support the adoption, implementation and evaluation of effective approaches to working with children, families and their communities, and advancing the use of evidence in practice.

In addition to her Australia-based work, she has provided ongoing strategic service reform advice to government and nongovernment agencies in New Zealand, Singapore, Sweden, Norway, the United Kingdom and the United States; has been an invited speaker at multiple events around the globe; and has led a number of workshops training students, policy makers and practitioners in implementation science and evaluation methods. Robyn has authored or co-authored multiple peer-reviewed publications, commissioned evidence synthesis reviews and research monographs, book chapters, and a large number of research reports. She also led the design and delivery of the Specialist Certificate in Implementation Science at the University of Melbourne and is a Co-Author of an upcoming edited book The Science of Implementation (Springer, forthcoming).

Robyn was the Founding Chair of the Scientific Program Committee for the 1st Australian Implementation Conference (AIC) in 2012, which has since become a highly successful biennial event focusing on what it takes to achieve full and effective implementation of evidence in policy and practice. She was the Co-Chair of the Global Evidence and Implementation Summit held in Melbourne, Australia, in October 2018.