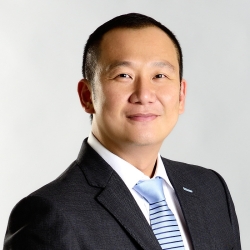 For Kian, as Mr Seah Kian Hoe is affectionately known, the recycling business runs in the family. His start in the recycling business came from riding in the truck that his father drove around residential neighbourhoods to collect old newspapers. The family empire now extends beyond paper to metal and plastic recycling. Heng Hiap Industries, under Kian’s astute leadership in the past 17 years, has collected, converted and sold recycled plastic to 30 countries around the world. As a keen mechanical engineer, Kian has spent many years investigating and adopting technologies that advance plastic recycling. After years of searching and tinkering, Kian has bequeathed Heng Hiap Industries with 18 intellectual properties (patent pending). Now Heng Hiap Industries is one of the leading plastic recyclers in Malaysia with a production capacity of 2,500 metric tons a month and has an outlook to a bigger, global footprint and greater sophistication and efficiency in plastic recycling.

Kian was a Fulbright Scholar at Thunderbird University and has won numerous awards in recognition of his work as a leading entrepreneur in the business of plastic recycling. Kian meets and speaks regularly to the business community including being a member of the Plastics Committee for Bureau of International Recycling (BIR) based in Belgium, to promote higher standards in recycled plastic as well as closing the loop in the circular economy of recycling. In his spare time, Kian also mentors young entrepreneurs and enjoys experimenting with new recipes in his kitchen at home in Penang, Malaysia.