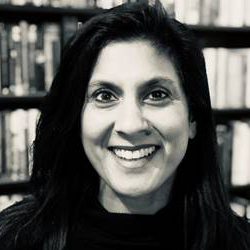 Simone is an economist working in the broad area of strategic solutions for economic and social development. She has been involved in facilitating multi-stakeholder processes since the beginning of the 1990s during the political transition in South Africa, working with in-coming and out-going governments, organised labour and organised business on macro-economic, trade and fiscal policy. Currently she is an independent director on the board of  the Alliance for Worker Safety in Bangladesh with oversight on the collaboration between the major US importers of apparel and Bangladeshi stakeholders to make factories safer after the Rana Plaza catastrophe. Simone is the Chair of BRAC UK and on BRAC’s global strategy body – which works with partners in the public and private sector to find solutions to eliminate poverty [BRAC was ranked No.1 in Top 100 NGOs both in 2017 & 2018 www.brac.net). Her work as Trustee of the UK charity Hard Rain Project focusses on advocacy around sustainability using photography, encouraging partnerships between youth organisations and educational bodies across the globe. Simone trained in economics at University of East Anglia and Cambridge University but also works behind the camera for advocacy projects, most recently the film Shadow World exploring corruption in the global arms industry.