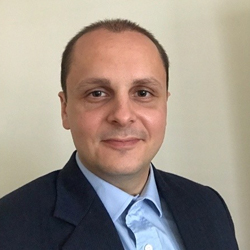 As a part of the IT team, Guillaume is responsible for catering to the digital needs of ELEVATE, with his area of expertise ranging from data analysis & Business Intelligence to the ongoing management and evolution of various IT products used for Operations.

Guillaume initially started his career in the San Francisco office of ELEVATE, before relocating to London. During a period of over 10 years, he has spearheaded the design & development of many of the key systems used by ELEVATE. With a particular focus on efficiencies & automation, he has allowed the company’s systems to keep up with strong business growth and with an ever-richer service offering, both through systems enhancements and through process optimization. During that time, he has also established ELEVATE’s first development team in India and implemented Agile methodologies at scale for internal projects.

Guillaume holds 2 degrees from universities in Lyon, one in International Business (Lyon III) and the other one in Mathematics & Computer Sciences (Lyon I), reflecting his joint passion for business & technology. He has also studied for a semester at Melbourne University in Australia.