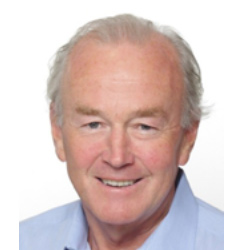 John Evans is a visiting fellow at the University of Greenwich in the UK and a visiting senior member of St Peter’s College at the University of Oxford. He is writing a book on the shifting views of economists to income inequality and labour market institutions. Evans is a member of the “Comité Médicis” at the Amundi Group in Paris, the Council of Ruskin College, Oxford, and a member of the Steering Board of the UK National Contact Point for the OECD Guidelines for Multinational Enterprises. He is a member of the World Economic Forum (WEF) Global Future Council on Education, Gender and Work, and chaired its forerunner body – the WEF Global Agenda Council on Employment and Social Protection.

Evans was until July 2017 General Secretary of the Trade Union Advisory Committee – TUAC (www.tuac.org) to the OECD, a post he held for more than 30 years. As TUAC General Secretary, Evans was at the centre of the discussion on and implementation of the evolving global agenda on Responsible Business Conduct. Whilst at TUAC Evans’ not-for profit board positions included the Global Reporting Initiative (GRI), the Conseil d’Orientation of IDDRI (the French Institute for Research on Sustainable Development), the Helsinki Group and BT’s multi-stakeholder advisory group on the Group’s CSR strategy. He was also a visiting lecturer (maître de conference) at l’Institut d’Études Politiques (Science Po) in Paris. He was also a member of the British Labour Party’s Independent Commission on the Future of Work.

From 2012 Evans combined his TUAC post with that of Chief Economist of the International Trade Union Confederation (ITUC). Following its creation, he was a member of the leadership of the Labour20 (L20) as part of the G20 outreach process and took a lead role in the international labour movement’s economic policy advocacy at the International Financial Institutions in Washington and the World Trade Organisation.

Past positions included that of Economist in the Economic Department of the British Trades Union Congress, Industry Secretary at the International Federation of Commercial, Clerical and Technical Employees in Geneva and Research Officer with the European Trade Union Institute (ETUI) in Brussels.