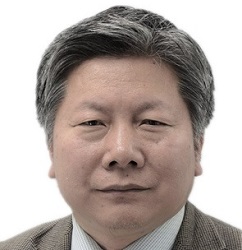 Ma Aimin is the deputy director of the National Center for Climate Change Strategy and International Cooperation (NCSC).

From 1985 to 1994 he served as the director of the Department of Land and Land Planning and Regional Economics at the State Planning Commission. During this period, from 1988 to 1989, he joined the lecturer’s group of central state organs and taught at Tangshan Normal School in Hebei Province.

From 1995 to 1998 he was the Deputy Director of the Department of Land and Regions. During this period, he studied for one year at the University of Foreign Economics and Trade.

From 1998 to 2005 he served as an assistant researcher in the Office of the National Climate Change Coordination Group, participated in the negotiations on the Climate Change Convention and the Intergovernmental Committee on Climate Change (IPCC). He organized the preparation of China’s first national communication and national greenhouse gas emission inventory and oversaw capacity-building and international cooperation. From 2001 to 2002, he was in Zhangbei County People’s Government in Hebei Province.

From 2009 to 2015, he was the Chief of the Integrated Branch of the Climate Division. He worked on climate change legislation, capacity-building, management of China’s Clean Development Mechanism Fund, planning, and publicity.

He graduated from Beijing University in 1985 and received his master’s degree in economic geography.